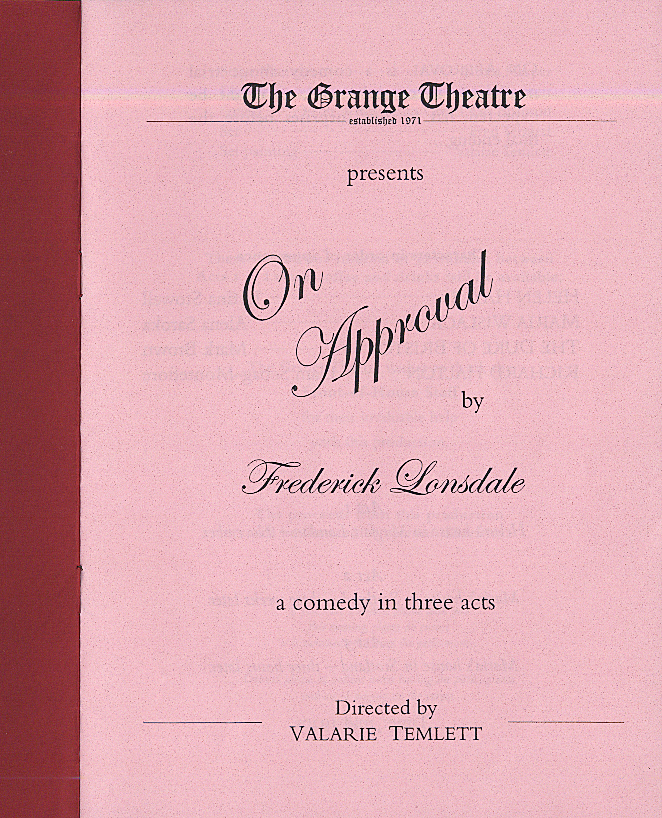 The lovely Jill Lea (who ran the sound board for a couple of shows – I must find out which ones!) contacted us offering several important programmes we currently lack.  Having received them, the one for this show from May 2005 appears here, taking its rightful place in our archive. Thanks Jill ! 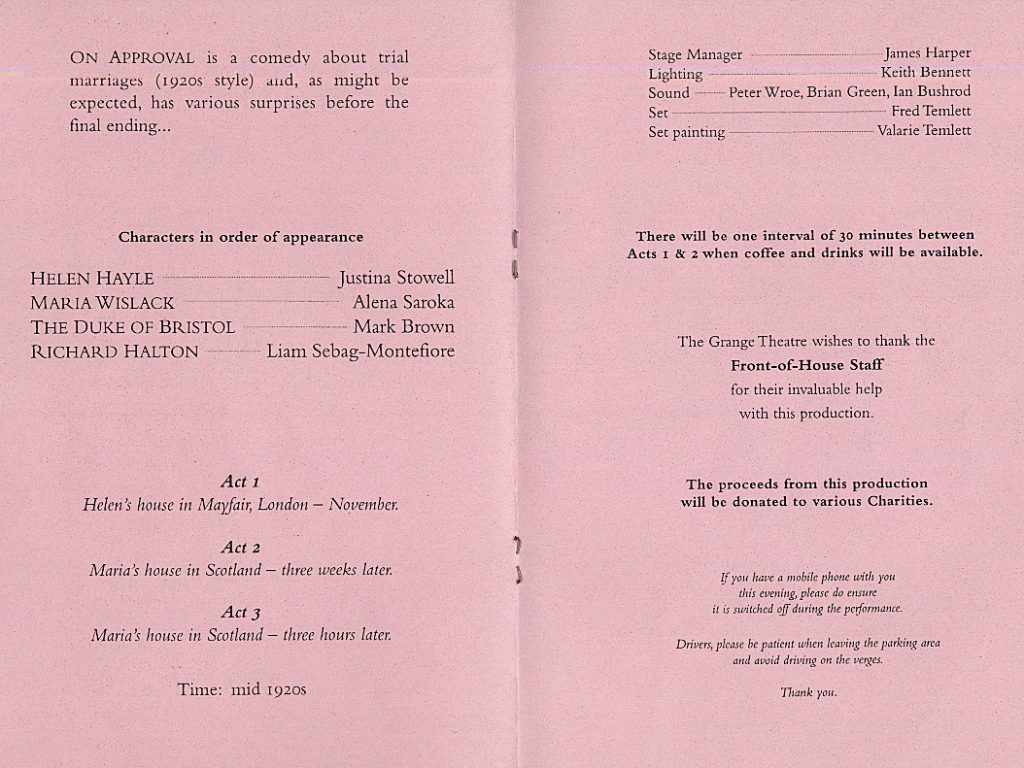 The exacting and difficult Maria Wislack is a widow who decides to take Richard away to her Scottish island for a month’s trial “on approval” to see if they are compatible for possible marriage. The egotistical and difficult Duke of Bristol (who is Richard’s friend) contrives to be there as well.

While there they meet Helen, who is in love with the Duke, and unforseen circumstances make all four of them stay on the island for the whole month. Because of the bad behaviour of Maria and the Duke, Helen and Richard decide not to marry either of them and they leave them stranded on the island. The Duke and Maria pretend to be romantically involved to make the other two jealous, but end up marrying each other instead.

We had a complete absence of pictures from this show, however Liam Montefiore (aka Richard Halton for this production) dug into his personal archive and offered the pictures we include here.  Many thanks Liam!