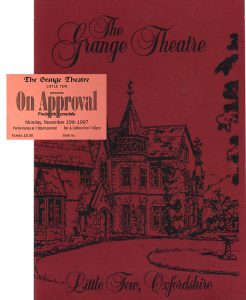 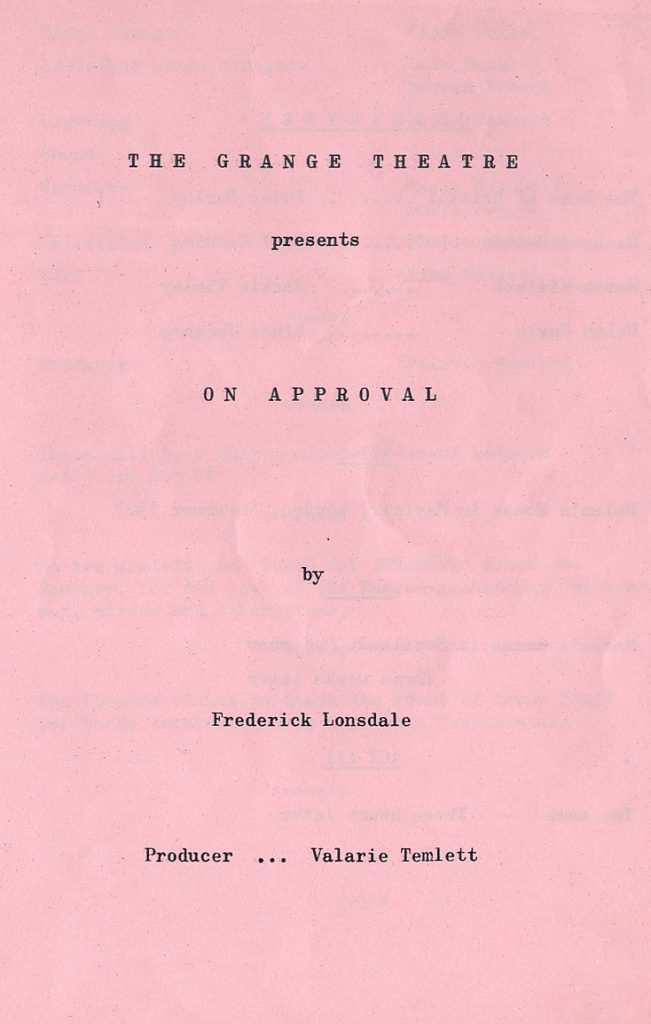 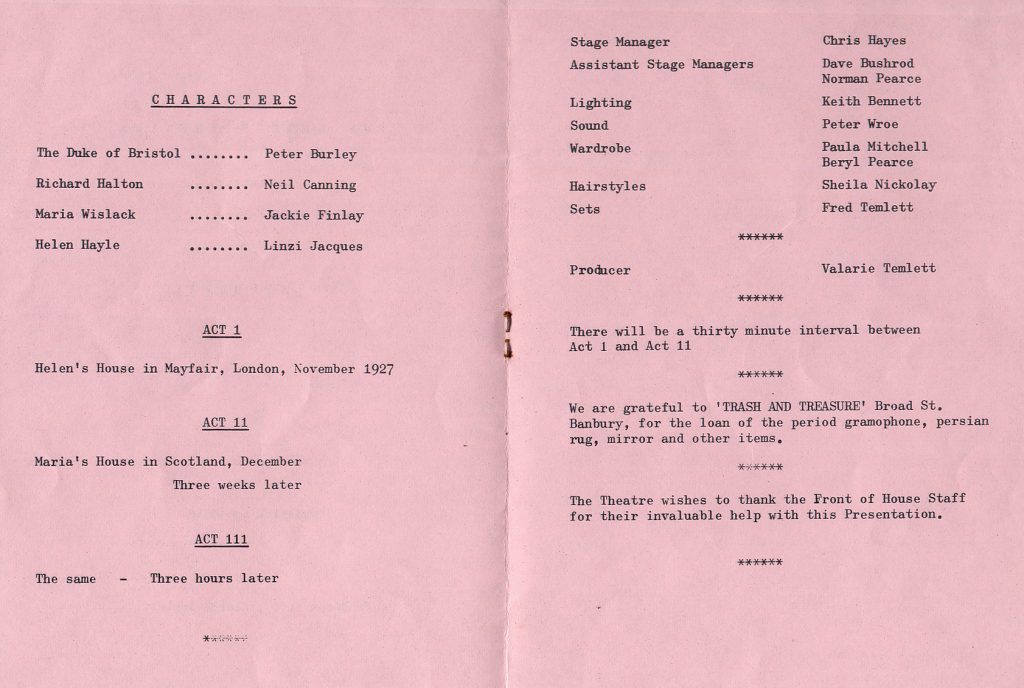 The exacting and difficult Maria Wislack is a widow who decides to take Richard away to her Scottish island for a month’s trial “on approval” to see if they are compatible for possible marriage. The egotistical and difficult Duke of Bristol (who is Richard’s friend) contrives to be there as well. While there they meet Helen, who is in love with the Duke, and circumstances make all four of them stay on the island for the month. Because of the bad behaviour of Maria and the Duke, Helen and Richard decide not to marry either of them and they leave them stranded on the island. The Duke and Maria pretend to be romantically involved to make the other two jealous, but end up marrying each other instead.

This relatively easy show was specifically chosen by Fred and Val principally because they both needed to spend a lot of time on the structure and decoration of the Grange. Remember, the poor place had been worked very hard for many years and – both internally and externally – much work was required.

They really didn’t want to embark on all that upheaval if the recent show had left them exhausted. So yes, we rather ‘coasted’ on this one but – as usual – our high standards were maintained.