The Intermezzi Ensemble paid us a visit in the autumn of 1980. Although no programme survives, we have found a ticket and two press cuttings in the archive – one prior to the performances (Banbury Guardian, 2nd October 1980) and one subsequent (undated clipping but from the same publication).

Two shows were presented each evening, Husband at the Door and ‘Love Apple’.

Synopsis for Husband at the Door

Florestan, an operetta composer fleeing a jealous husband, creditors and a bailiff, appears from the chimney in Suzanne’s room. The waltz of a wedding party can be heard. He hides in a cupboard just as the young bride Suzanne and her friend Rosita enter. Suzanne has just had an argument with her new husband, and Rosita is trying to get her to return to the dance.

After singing a Tyrolienne, Suzanne finds Florestan and pleads with him to save her honour by leaving by the window into the garden, but as the room is on the third floor this doesn’t work. When Rosita returns – and after Florestan has explained that his latest operetta was refused by the Bouffes Parisiens – they search their brains for a way for him to get out without being noticed. As Florestan tells more of his story he realizes that the young husband Martel is the bailiff looking for him.

When Martel knocks at the locked door, he hears Florestan’s voice and believes that Suzanne is trying to make him jealous. In the confusion they drop the key out of the window. Still outside Martel pretends to shoot himself. He next goes to retrieve another key for the room. While he is away Florestan gets prepared to jump down to the street. Florestan suddenly remembers that an old aunt had promised to pay his debts if he marries, so he asks Rosita to marry him, and after initial astonishment and reluctance, she accepts. As the curtain falls the husband enters the door . . .


Pomme d’api (little red apple) is the nickname of Gustave’s mistress. Young Gustave, however, is very worried because his uncle, the pensioner Rabastens, has made his bill of exchange invalid. Rabastens, an old philanderer but a staunch bachelor at the same time, has decided that Gustave should look for someone else rather than continuing his relationship with Pomme d’api. Rabastens himself is enchanted with his new housemaid Catherine, who, as Gustave soon discovers, is no other than his beloved Pomme d’api. Rabastens offers to make Catherine his mistress, but a dinner finally brings about the denouement. Rabastens realises that he has no chance against the young people’s love. 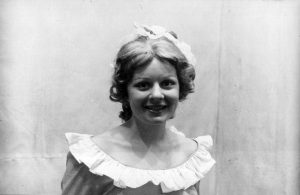 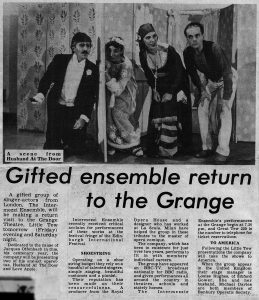 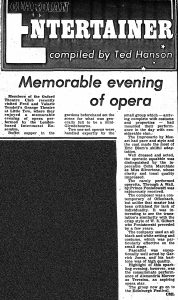 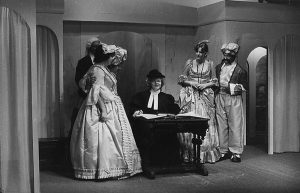 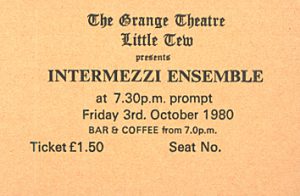