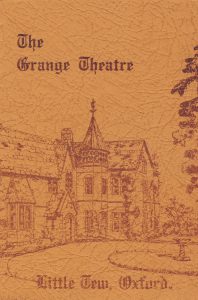 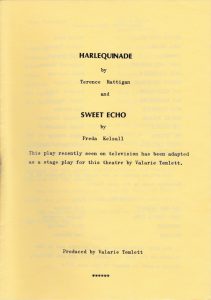 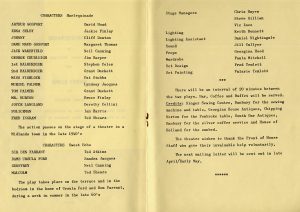 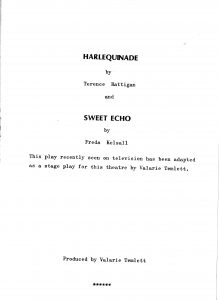 Harlequinade is a one-act play and is one of the lesser-known farces by Terence Rattigan.  The play takes place on the set of the theatre on opening night in the town of Brackley in the English Midlands (not that many miles south-east of Little Tew in fact!) Arthur and Edna Gosport, a pair of life-long luvvies, are rehearsing the balcony scene from Romeo and Juliet. They are making last-minute preparations on opening night, while bickering good-naturedly about lighting levels and whether or not they are too old to be playing the part of the star-crossed teenagers. The couple are self-obsessed, pretentious, distracted and vain – an amusing depiction of a husband and wife for whom the real world outside the theatre doesn’t really exist. Long-suffering stage manager Jack Wakefield tries with little success to keep everyone in line as the night’s events unfold.

However, everything that could go wrong, does! Arthur is horrified to be confronted by his grown up daughter Muriel and grandchild, neither of whose existences he had been aware of.  To discover that he’s a grandfather just before playing Romeo is too much for him.  They later learn that he’s still married to Muriel’s mother and that he is bigamously married to Edna.  Tantrums, resignations, a brush with the law, idiot understudies and seven young women locked in a dressing room plus various other surprises all combine to give the theatre manager the worst opening night ever. It is a funny farce which has a strong satirical element. 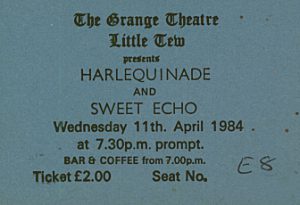