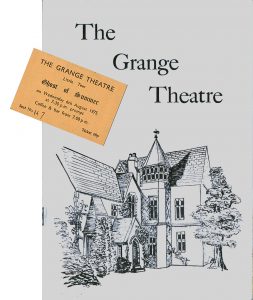 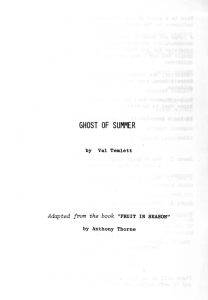 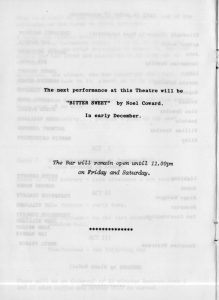 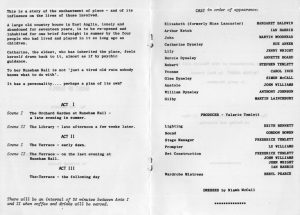 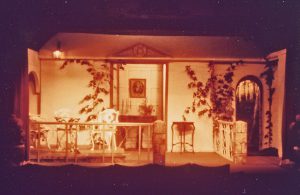 Just two, sadly, both of the set – and one of those has been badly trimmed. However, they do illustrate how neatly depth can be created by using two different flats to blind the kitchen door (upstage left). They’re only four feet away but, especially the rural scene, look much further.

Unfortunately “daylight” film was in the camera, which rendered the tungsten stage lighting very orange in appearance. 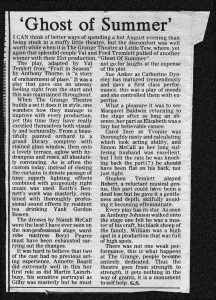