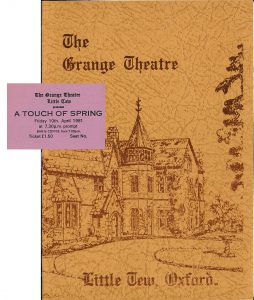 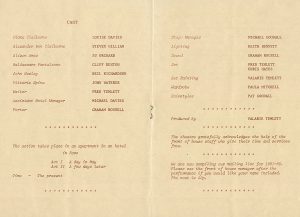 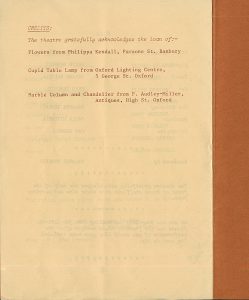 We first encounter Sandy and Diana Claiborne in the royal suite of an expensive hotel in Rome — all gold cherubs, drapes and white wall mouldings. He’s a business tycoon, she’s high society, and they’re behaving like the typical ugly Americans abroad, rightfully infuriated by Italian graft, corruption and inefficiency — but also arrogantly indifferent to Italian culture. They’re brusque with the waiter, Sandy’s annoyed by the espresso-sized coffee cups, and as a joyful pealing begins outside, Diana exclaims, “Can’t anyone turn off those church bells?” The two are in town to collect the corpse of Sandy’s father, who died in a car accident, and then hurry back home as soon as possible. But no sooner has impatient Diana huffed back to the States on her own than Alison, a young Englishwoman on a similar errand, arrives: her mother died in the same car accident as Sandy’s father, and Sandy’s the only one who takes more than a second to figure out just what this means. Naturally, we’re charmed by Alison, a familiar figure from all those ’50s movies in which an enchanting young woman jolts a stodgy man out of his rut. Alison gets a little help in this task from the one role that truly resonates: Baldassare Pantaleone, or Baldo, a fast-talking young Italian operator who can fix faulty appliances, blow through the bureaucracy, and reveal the sensual joys of Italy to both Sandy and Alison. Baldo is a kind of Cupid, a tempting devil and a version of the wily tricksters who track from Commedia del’arte through to eighteenth-century French farce. Americans and Englishpeople are always finding freedom in sunny Mediterranean climes, but Baldo adds something different: an impish, guilt-free pansexuality. He wants Sandy. He wants Alison — though not quite as much. And he’d be very happy to take them both at once.

But halfway through the action Baldo leaves and Sandy unleashes a terrible destructive temper, but there’s been no sign of this character defect earlier, and it never shows up again; on the contrary, he becomes a whipped dog whenever Diana’s around. And the Diana who returns at the end of the play isn’t the woman we met earlier. She’s still powerful, but she’s much, much kinder — too bad, because the nasty was interesting. And when Alison, a small-time actress who’s never shown any particular longing for the big time, observes wistfully that it’s Diana, not her, who’s the true star, the statement comes completely as a surprise. Sandy loves Alison because she’s funny, fresh and full of life, not because he’s looking for a star.